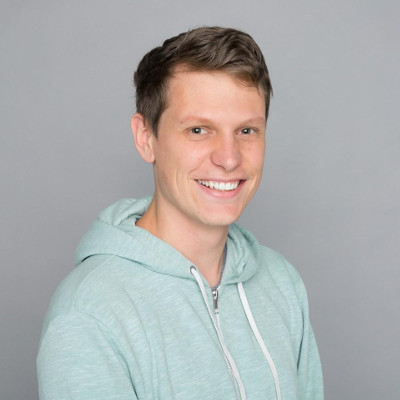 This post is part of a short blog series on using Docker for scientific applications. My aim is to explain the motivation behind Docker, show you how it works, and offer an insight into the different ways that you might want to use it in different research contexts.

Understanding Docker probably won’t solve all of your problems, but it can be a really useful tool when trying to build reproducible software that will run almost anywhere. Unfortunately, a lot of existing tutorials are aimed primarily at web developers, backend engineers, or cloud DevOps teams, which is a pity, because Docker can be useful in much wider contexts. This series explains what Docker is, how to use it practically, and where it might be useful in the context of scientific research.

One of the key challenges in modern research is how to achieve reproducibility. Interestingly, this is also a big interest for software development. If I write some code, it should work on my machine (I mean, I hope it does!) but how do I guarantee that it will work on anyone else’s? Similarly, when writing code to analyse data, it is important that it produces the correct result, not just when you run the code multiple times with the same input data, but also when someone else runs the code on a different computer.

The complexity of Python environments, as explained by XKCD (Comic by Randall Munroe – CC BY-NC 2.5)

One of the common ways that software developers have traditionally tried to solve this problem is using virtual machines (or VMs). The idea is that on your computer, you’ve probably got different versions of dependencies that will all interact in different messy ways, not to mention the complexity of packaging in languages like Python and C. However, if you have a VM, you can standardise things a bit more easily. You can specify which packages are installed, and what versions, and what operating system everything is running on in the first place. Everyone in your group can reproduce each other’s work, because you’re all running it in the same place.

The problem occurs when a reviewer comes along, who probably won’t have access to your specific VM. You either need to give them the exact instructions about how to setup your VM correctly (and can you remember the precise instructions you used then, and what versions all your dependencies were at?) or you need to copy the whole operating system (and all of the files in it) out of your VM, into a new VM for the reviewer.

Docker is both of those solutions at the same time.

Docker thinks of a computer as an image, which is a bundle of layers. The bottom layer is a computer with almost nothing on it1. The top layer is a computer with an operating system, all your dependencies, and your code, compiled and ready to run. All the layers between those two points are the individual steps that you need to perform to get your computer in the right state to run your code. Each step defines the changes between it and the next layer, with each of these steps being written down in a file called a Dockerfile. Moreover, once all of these layers have been built on one computer, they can be shared with other people, meaning that you can always share your exact setup with anyone else who needs to run and review the code.

When these layers are bundled together, we call that an image. Finally, to run the image, Docker transforms it into a container, and runs that container as if it were running inside a virtual machine2.

Setting up Docker will look different between different operating systems. This is to cover certain cross-platform issues. Basically, as a general rule, in any given operating system, it’s only possible to run containers that also use that same operating system. (Linux on Linux, Windows on Windows, etc.)3 Obviously this is very impractical, given that most pre-built and base layers available for Docker are built for Linux. As a result, for Windows and MacOS, Docker provides a tool called Docker Desktop, which includes a virtual machine to basically paper over the differences between Linux and the host operating system4. It also provides a number of other tools for more advanced Docker usage that we won’t go into now.

For Linux, you will need to install “Docker Engine” – this is essentially just the core part of Docker that runs containers.

The first thing we get when we run this docker command is a series of messages about what Docker is doing to run the hello-world container.

The “Hello World” operation runs, but it doesn’t actually do much useful – let’s try running something more interesting and useful. Part of our original motivation for this exercise was managing the chaos of different ways of installing Python and its dependencies, so let’s see if we can get a container up and running with Python.

The first step is generally to find a Python base image. Thankfully, as part of the set of officially maintained images, Docker provides some Python images for us to use. This includes images for different versions of Python. Whereas last time, we used the default latest tag, this time we can try explicitly using the 3.8.5 tag to set the Python version.

However, if we try running this, we’ll run into a bit of an issue:

If you run this, you’ll immediately see that there are a lot more layers that need to be downloaded and extracted – this makes sense, as Python is a much more complicated piece of software than just print a “Hello World” message! You’ll also see that instead of latest, the tag is 3.8.5, so we can be sure what version we are using.

However, when we ran this image, the docker command immediately exited, and we’re back to where we started. We’ve downloaded something – but what does that something actually do?

By default, when Docker runs a container, it just prints the output of that container – it doesn’t send any user input into that container. However, the default Python command is a REPL – it require some sort of input to do something with. To allow us to send terminal input in and out, we can use the -it flags, like this:

That looks better! Feel free to play around and convince yourself that this is a working, standard Python installation. Pressing Ctrl+D will exit the terminal and close the container. It’s worth noting that the second time we ran this command, there was no information about pulling layers or downloading images. This is because Docker caches this sort of information locally.

All Docker containers have a command that runs as the main process in that container. With the “Hello World” container, that command was a small binary that prints out a welcome message. With Python, the command was the standard python executable. What if we want to run a different command in the same container? For example, say we have a Python container, and we’re using the Python interpreter. Is there a way that we can open a shell on that container so that we can run commands like pip to install dependencies?

The first thing we need to do is deal with a problem that we’re about to run into. When the main process in a container exits (the “Hello World” command has printed all it needs to print, or the Python interpreter has been exited) the whole container is closed. This is mostly useful (when the main process exits, we probably don’t need the container any more) but it does mean that we need to think a bit about how we’re going to interact with the running container.

Firstly, let’s create a new container, but give it a special name (here my-python-container).

Now, opening a second terminal (and not closing the Python process in the first terminal), we can use the docker exec command to run a second command inside the same container, as long as we know the name. In this case, we can use bash as the second command, and from there we can pip install whatever we want.

Pressing Ctrl-D in this second terminal will close bash and bring us out of this new container.

Next: Part 2 – A Dockerfile Walkthrough

In this post, I explained a bit about how Docker works, and how to use Docker to run Python (and many other tools!) in an isolated environment on your computer. All the images that we used in this post were created by others and hosted on Docker Hub.

In the next post, I’m going to explain how to create your own image, containing your own application code, by going line-by-line through an example Dockerfile. By creating an image in this way, we can clearly define the instructions needed to setup, install, and run our code, making our development process much more reproducible.

HIFIS offers free-of-charge workshops and consulting to research groups within the Helmholtz umbrella. If you work for a Helmholtz-affiliated institution, and think that this would be useful to you, send us an e-mail at support@hifis.net, or fill in our consultation request form.