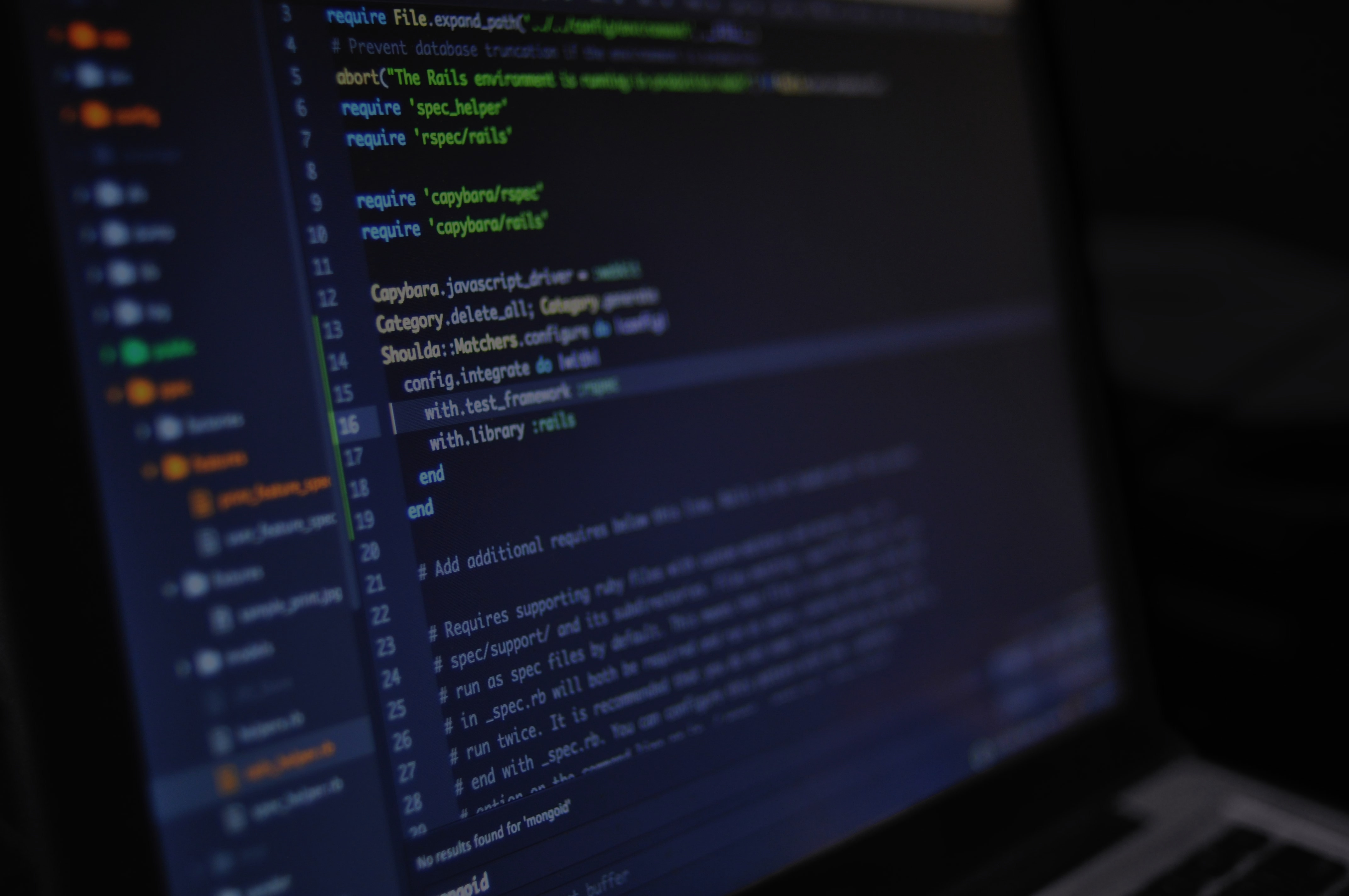 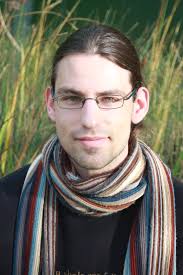 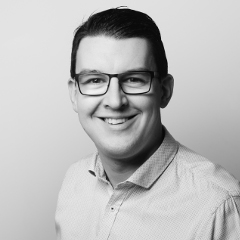 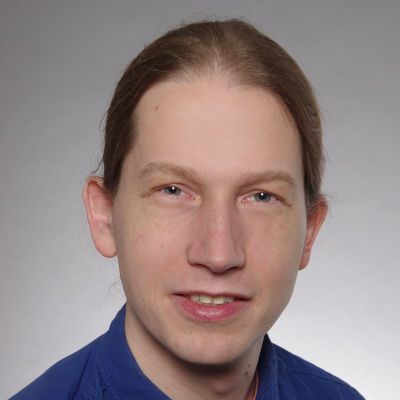 Our first own Software Carpentry workshop was supposed to be a live event. We intended to take it easy, learn a few lessons and then build upon these. With these goals in mind we set out to plan an two-day workshop for the 31st of March and the 1st of April 2020. In the beginning of March it became clear that the effects of the Covid-19 pandemic would reach us long before this date. It was unanimously decided to switch the workshop to an online event instead of cancelling it — even though this would mean a lot of organizational work with an increasingly tight deadline.

As it was expected to be a first experience for us as instructors, organizers and helpers, we advertised 25 workshop seats on the PhD mailing list of our institute. To our complete surprise the event became booked out within the day. As a reaction we created a second “event” in our system to act as a waiting list and to be worked off in follow-up workshops. The side effect was that we got a first glimpse of the huge demand for training opportunities by our scientific staff.

Our initial plan was to split the first workshop day equally between the Shell (the Bash to be precise) and Git lessons and use the complete second day for Python.

We did however estimate that we might have to cut later episodes from these lessons, depending on the learners’ speed.

When we decided to switch to an online event it was clear that there are additional unknowns to be expected. For this reason we decided to reduce the number of participants for the first iteration of the workshop to only 9 persons. As we had no prior experience with online teaching it seemed better to start with a conservative amount of participants and increase the number in future workshops if everything went well.

Therefore we set up a separate event in our system and transferred the planned amount of participants over, based on the first-come-first-serve principle. The remaining participants will be enrolled with priority into a follow-up workshop in April 2020.

Additional time had to be spent on selecting and organizing a suitable video-conferencing system.

While in the live-setting one instructor is supported by one or multiple helpers, the online environment also demands one of the helpers to additionally take on the role of the host. The roles can change from lesson to lesson since especially the instructor has a high cognitive load and may be subject to a strained voice after prolonged periods of teaching.

The primary task of instructors is to lead the workshop. They present the content of the teaching material, determine the pace of the workshop and coordinate with the hosts and helpers. Thus, it is especially important for them to familiarize with the workshop materials and manage the time required for teaching episodes, exercises and breaks.

Running a workshop also requires to complete a lot of organizational side-tasks during the event. The nature of these tasks changes significantly when switching from a live event to an online workshop. Notably, video-conferencing tools tend to determine one person as host who has the full management rights for the event. To reduce the instructors’ workload, a seperate person fulfils the role of the host who can take over these tasks during the session:

In general the host is less focused on the participants but on the instructor and helpers, taking note of the lesson progress and anticipating required organizational actions.

Helpers are the backbone of a successful workshop. They monitor the participants and proactively interact with participants that have questions, may fall behind or have technical issues. Questions may either be answered by helpers directly or be forwarded to the instructor in an opportune moment if they are of more general concern.

We split our workshop into the three parts Shell, Git and Python between our three instructors. The two instructors who were not actively teaching, assumed the roles of host and helper respectively. We further expanded our team by two helpers which allowed us to respond to questions without delay.

The choice of tools significantly affects the organizational effort and workshop quality perceived by the participants. In the following our selected tools will be shortly introduced.

We employed our self-hosted Indico instance as the event planning and registration tool. It proved to be a good choice to facilitate the registration procedure and allows to message selected (or all) event participants directly which turned out to be very useful when switching the workshops to the online version.

One drawback was the limited capability to transfer registrations from one event to another, which had to be done manually, since the provided export and import features did not support a common data layout.

It appeared to be a good idea to extend the Git-lesson and also give a quick look at GitLab as an example of a well-known web-based collaborative software life-cycle tool. Thereby, the participants were able to apply their acquired Git knowledge to the User-Interfaces of GitLab. As most of our participants were members of the HZDR and we also had the sufficient administrative rights to allow access for all other participants, we chose to use the institute-local GitLab instance for this purpose. In future workshops with participants from other institutions we might switch to gitlab.com for this exercise.

It is worth mentioning that people who signed in via a third-party provider need to use an access-token when cloning via https. This can also be the case on gitlab.com and forces the organizers to plan some time to get this set up for all affected participants.

Amongst the many collaborative online editors that were availabe we chose HackMD for its plentiful characteristics:

Even though our participants had no previous experience with markdown documents, they quickly adopted its basics. Some exercises required the solutions to be put into code blocks or tables which were either copied and pasted from prepared examples or formatted by the helpers.

The choice for a video-conferencing tool was probably the most important decision during the switching to online. We were already familiar with Zoom from the Carpentry instructor lessons and had the good fortune to be offered a share in a Zoom-Account by another member of the Carpentries for the purpose of holding workshops until we could organize our own account. There was not enough time to get a BigBlueButton or Jitsi-instance installed and evaluated properly.

During the workshop we could make good use of the offered features and experienced good video and audio quality. We prefixed the screen names of helpers and instructors with their respective role to make them easier to distinguish by name alone.

In the light of rising security and data protection concerns regarding Zoom we continue to monitor the situation and keep exploring alternatives with the aim to offer the best possible workshop experience to our participants in a privacy-friendly way.

For teaching the basics of Python we went with IPython. It offers syntax highlighting to aid the learner. Since it is an interpreter, the participants get instant feedback if the entered line is valid python. The command-line based approach significantly reduces the amount of objects on the screen and aids to focus the learners attention on the code itself.

The tool comes with the standard installation of the Anaconda packages as recommended in the setup instructions by the Carpentries.

It became clear early on that an online workshop progresses notably slower in comparison to a live version. Due to the lack of non-verbal communication, it is more often required to assess the learners progress and also, in the case of helpers, to interact with each learner individually. Sometimes communication can also be impeded by low quality audio transfers making it necessary to repeat parts of sentences or write things down in a chat or shared document. We enjoyed a mostly stable connection with good quality and the participants were very cooperative and disciplined, muting themselves if they did not wish to speak.

To encourage users to use the shared document and signal that they are allowed and expected to modify it, we included a warm-up exercise which asked the participants to note down their attendance together with a short statement about themselves. “What is your favourite cake?” turned out to be a suitable icebreaker question.

The first quarter of the second day was used for a quick recap of the Git and Shell lessons, followed by the Git collaboration exercise with the aid of a GitLab repository.

The Python part did not progress as fast as intended and led to the lessons being compressed towards the end.

The participants were, with one exception, using Windows. While this required some additional research effort for the helpers on some occasions it kept the overall effort low, since participants could also help each other out if necessary.

Particular issues, for example accomodating for the different line ending encodings, that would arise were also covered by the Carpentries’ lecture materials and could thus quickly be solved.

Two more complex issues could be solved by the host assigning the participant in question to a breakout room together with a helper. This way the lessons could progress for the unaffected participants and the breakout room was joined back once the issues were resolved.

From the experiences made we would reserve such procedures only for the most dire of problems since the involved learners lose the connection to the workshop and may have trouble getting back on track.

It is preferrable to try helping in the shared online environment first, to allow the other participants to either learn something new for themselves or contribute on their own.

A general consensus between participants and organizers alike was the need to plan more time for the workshop content as well as the demand for follow-up workshops covering more advanced topics.

As organizers we consider this first event a success and a good foundation upon which to build our future events.

We want to thank our instructors 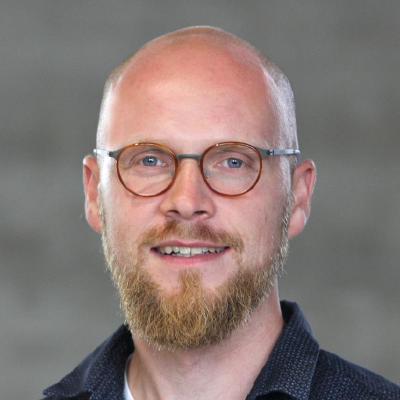 for organizing and holding the workshop, as well as our participants for being awesome learners.